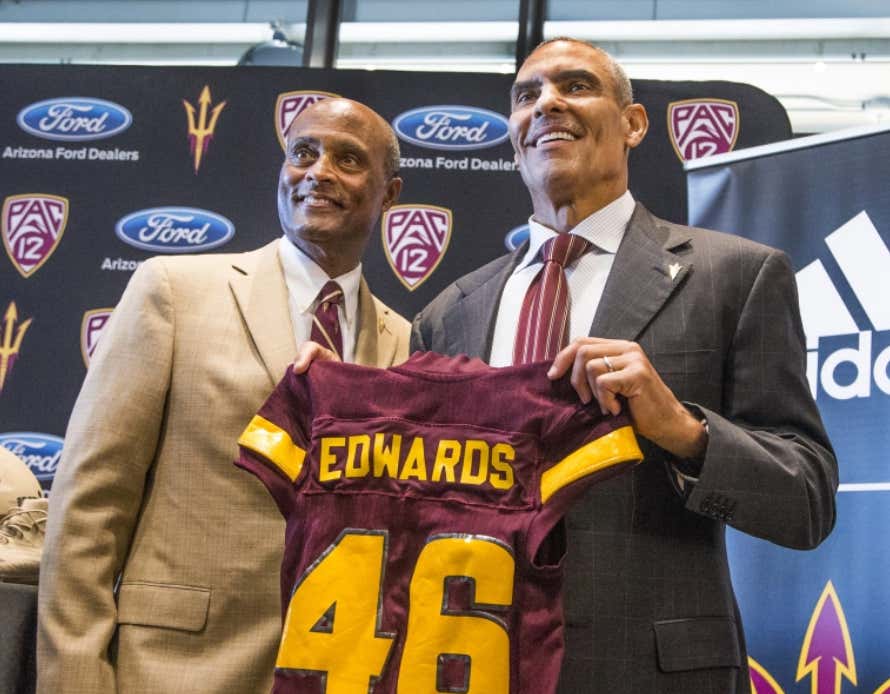 The legend of Herm Edwards is growing by the moment in Tempe. USA Today published a story on Edwards yesterday, which included a plethora of great quotes:

USA Today-His condo on Town Lake is literally steps from Sun Devil Stadium; he’s up and working out at the new $57 million football facility by 4:30 a.m. each morning and spends the day immersed in his new job, without the time or inclination to pay specific attention to what’s been said or written. He shrugs it off.

All those years out of coaching, and even longer away from the college game? He says he wasn’t really out of it.

“When you’re on TV, you’re still coaching, believe it or not,” Edwards says. “You’re just coaching America, you’re not coaching one team.”

Edwards has given us more than a few iconic quotes in his short time in Tempe. He has talked about learning what the whole recruiting thing is about, learned about Arizona State’s mascot, and been dumbfounded by the size of his players jerseys. All of them have been great moments, but the quote above is my new favorite. When you take off Herm’s coaching headset you know what you get? An American. Herm Edwards is an American that is trying to help other American’s. He’s America’s coach. Not a lot of people make the sacrifice that Herm did, but the man had to do what he had to do.

Recapping some of his finest moments, I mentioned Herm, a devout Christian, not realizing Arizona State’s mascot was a Sun Devil:

After doing a little bit more digging, Herm found out that ASU’s primary logo is the pitchfork. There is even a point in a behind-the-scenes video from Arizona State where Herm doesn’t know which way the pitchfork is supposed to go, down or up:

Herm REALLY doesn’t like the pitchfork. Maybe it reminds him a bit too much of the gates of hell. Herm is a man of action, so he has a plan to replace the pitchfork with an old-school look:

Edwards says the only thing that threw him, just a little, was to learn Arizona State’s primary logo is no longer Sparky the Sun Devil, but instead a pitchfork (which he says “looks like a candle”). Sparky, he says, “is the best one! I mean, c’mon!”

Herm isn’t wrong about this one. Sparky The Sun Devil looked phenomenal on a helmet: 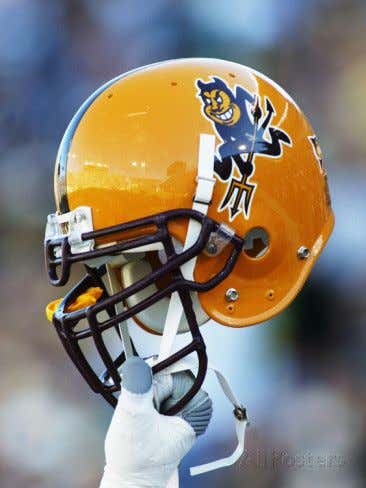 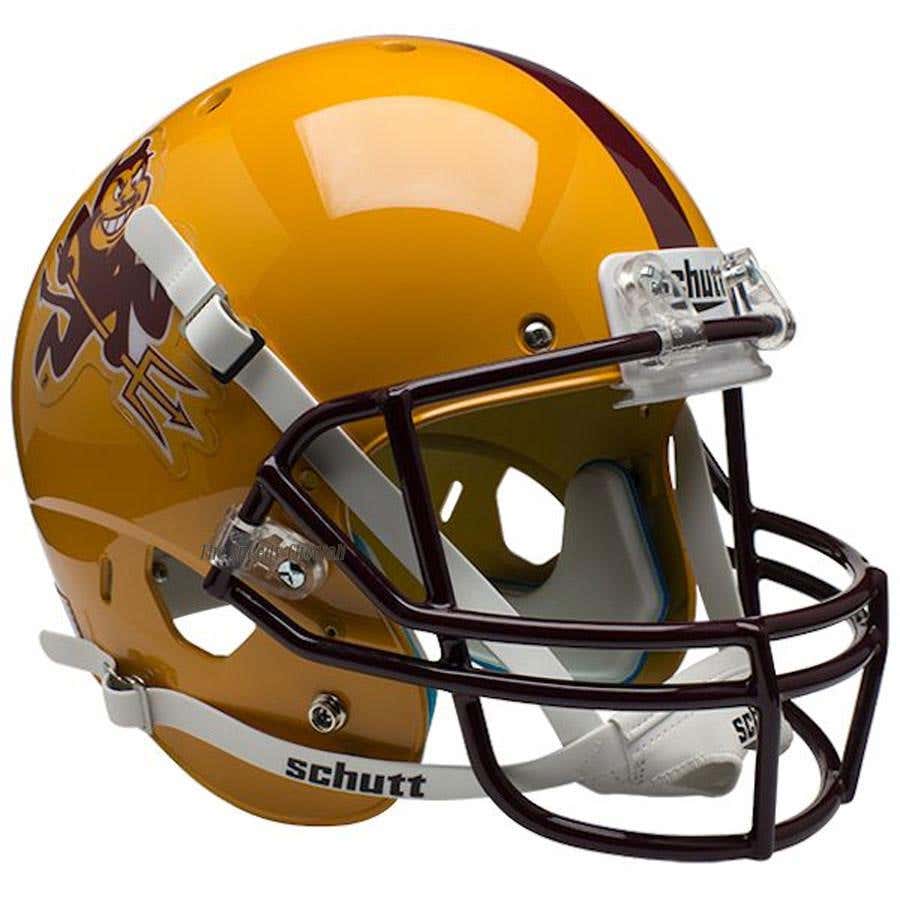 Lots of folks are already writing the Herm Edwards ASU era off as a failure. If I could talk to those same folks, I’d give them a firm Lee Corso “NOT SO FAST.” I’m excited to see what happens in Tempe with Herm at the helm. I don’t know if it will go great or poorly, but I do know it’s going to be entertaining as hell and that’s what makes college football so much fun. I do know one other thing and that’s Herm Edwards is going to play to win the game:

P.s. Herm’s latest move at ASU? Hire a 71-year-old to be the director of player personnel: