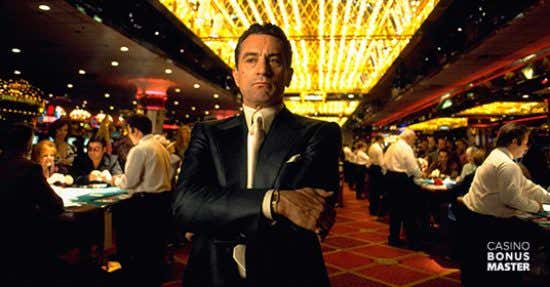 Clem blogged earlier on the Supreme Court’s 7-2 decision that the Professional and Amateur Sports Protection Act (PAPSA) is unconstitutional, allowing states the go-ahead to legalize sports betting if they want to. More reaction has come out since the initial news dropped and I have seen a bit of confusion on Twitter, so I thought a Q&A styled post would fit.

Can I now bet legally?

Not unless you are in Nevada or New Jersey (pretty much).

Reports are that New Jersey will have everything up and running around the time of the NBA Finals.

I don’t live in Nevada or New Jersey….What’s the deal with my state?

The key part of today’s ruling was the Supreme Court stating the PAPSA is unconstitutional. Now that the PAPSA is dead, it is up to the individual states if they want to offer legal sports betting.

The thought is, eventually, every state will legalize sports betting, but it may take awhile. Legalizing sports betting will reduce a black market, increase tax revenue, and gives states a chance to address consumption/addiction. How we are looking now:

Will be legal before we know it: New Jersey, Deleware

These states are all in different stages, but each has legislation in the works with hearings and votes coming up in the future.

These states have specific laws against sports betting like it happens in Nevada (against the spread, totals, parlays, etc.). There has not been any news surrounding them potentially allowing it either.

How long is this all going to take?

You aren’t going to wake up tomorrow and be able to bet legally unless you live in Nevada. Be patient, though, because legal sports betting is coming faster than ever.

SB Nation-“It’s gonna be like wildfire,” says Richard McGowan, an associate professor at Boston College’s Carroll School of Management who has written six books on the gaming industry.

There are a lot of factors that have to be set up before a state can launch: Brick-and-mortars, applications, staff, integrity staff, etc. Lots of states have been preparing for this to happen, but it’s not as if you can just accepting bets tomorrow. As with most things surrounding the government, there is a lot of red tape to go through.

What about the professional leagues?

The professional leagues that have been in the forefront of this thing have been the NBA, UFC, MLB, MLS, and PGA Tour. They have created a lobbying coalition together. These leagues are ready to use the legalization to their benefit. Smart.

The NHL and NFL have (sort-of) came out against sports betting, but that was more virtue signaling than anything else. You know what turns off a virtue signal? Money. There is A LOT of money involved here and the NFL and NHL will not be left without taking a piece of the pie.

How will the leagues make money?

Sports leagues have long been profiting off of sports betting indirectly. Now, they can make money in a more direct way. The thought is that money will come from 1% of the handle on money gambled on their sporting events, also known as an “integrity fee.” Integrity fees are said to offset costs that leagues will have to monitor gambling activity going on surrounding their league. That is bullshit because leagues have long been monitoring gambling activity and legal sports betting won’t change any activity on their side that much. Leagues want a piece of the pie and they will get it.

Expect a lot of intelligent phrases thrown around for the next few months by leagues:

This is just negotiating tactics/politics by the leagues to get what they want: a bigger piece of the pie.

We’ll see. States and casinos could technically tell leagues to get lost, but those leagues could turn around and sue states/casinos for profiting off of their intellectual property.

The NCAA won’t allow betting, right? Endorsing sports betting while not allowing your own players to profit would be even too ironic for them!

Wrong. The NCAA is a “non-profit” cash cow that is going to make BIG money off of this, just like all the other major sports organizations.

Lawyer talk: we want you ALL to gamble on March Madness next year.

Can an individual league appeal the ruling?

No. The PAPSA has been ruled unconstitutional. That’s the end of it.

Will this lead to more games being rigged?

I firmly believe it will not. Legalizing sports gambling will equal abnormal wagering patterns being caught more than ever before. Also, outside of college athletes, it isn’t worth it for most players to throw a game anymore. The risk of being caught is high and the money offered by the party throwing the game won’t be able to offer that much. In a country where legal wagering is the norm, it will require A LOT to make a substantial bet without eyes being ALL over you. From an athletes perspective, if you get caught, your career is over and you will be going to jail. By throwing a game, you are throwing away millions of dollars in potential salary and endorsements. It’s just not going to happen.

Winners of the decision?

Recreational gamblers, sports leagues, media companies, media members ahead of the sports gambling curve and touts. Today was a big day for the Stu Feiner’s of the world:

I want to emphasize again how big this is for media companies everywhere, including this one.

The sports betting industry is a multi-billion dollar a year market, so we should all fully expect that massive companies are going to get involved. Google, Facebook, Goldman Sachs, Amazon, etc. are going to be keeping a keen eye on this market. When those players get involved, a market becomes incredibly efficient for obvious reasons. Professional gamblers work off of small percentage advantages. Sometimes those advantages are as small as 1-3%. By introducing those big-time players into the market, those advantages they once found may not be there. There is also a possibility that the taxes that casinos will now owe on sports betting handles will have them increase the lines An average football against the spread bet may move up to -115 instead of -110. When you are betting 100’s of games a year, that move matters.

Also, if you like to gamble online through big time Sportsbooks, that time may be coming to an end. The government has always turned a blind eye to off-shore sportsbooks that allowed members from the USA to gamble on their site. They never regulated it, but now that hundreds of millions of dollars are on the line, they will. The government will want you to gamble through them, nobody else. Say goodbye to the days of putting in fake SSN’s to websites that are operated out of a Caribbean island you’ve never heard of.

Gambling through the government also will give you an almost zero percent chance of not declaring your gambling winnings on your taxes. No way to hide it now. More reasons to lose, huh?

One other loser: sports media members who don’t understand gambling, like at all:

We’ll keep an eye on all things that is sports betting in the upcoming weeks, months, year, and decades. The future is going to be fun. Just don’t bet anything you can’t lose.