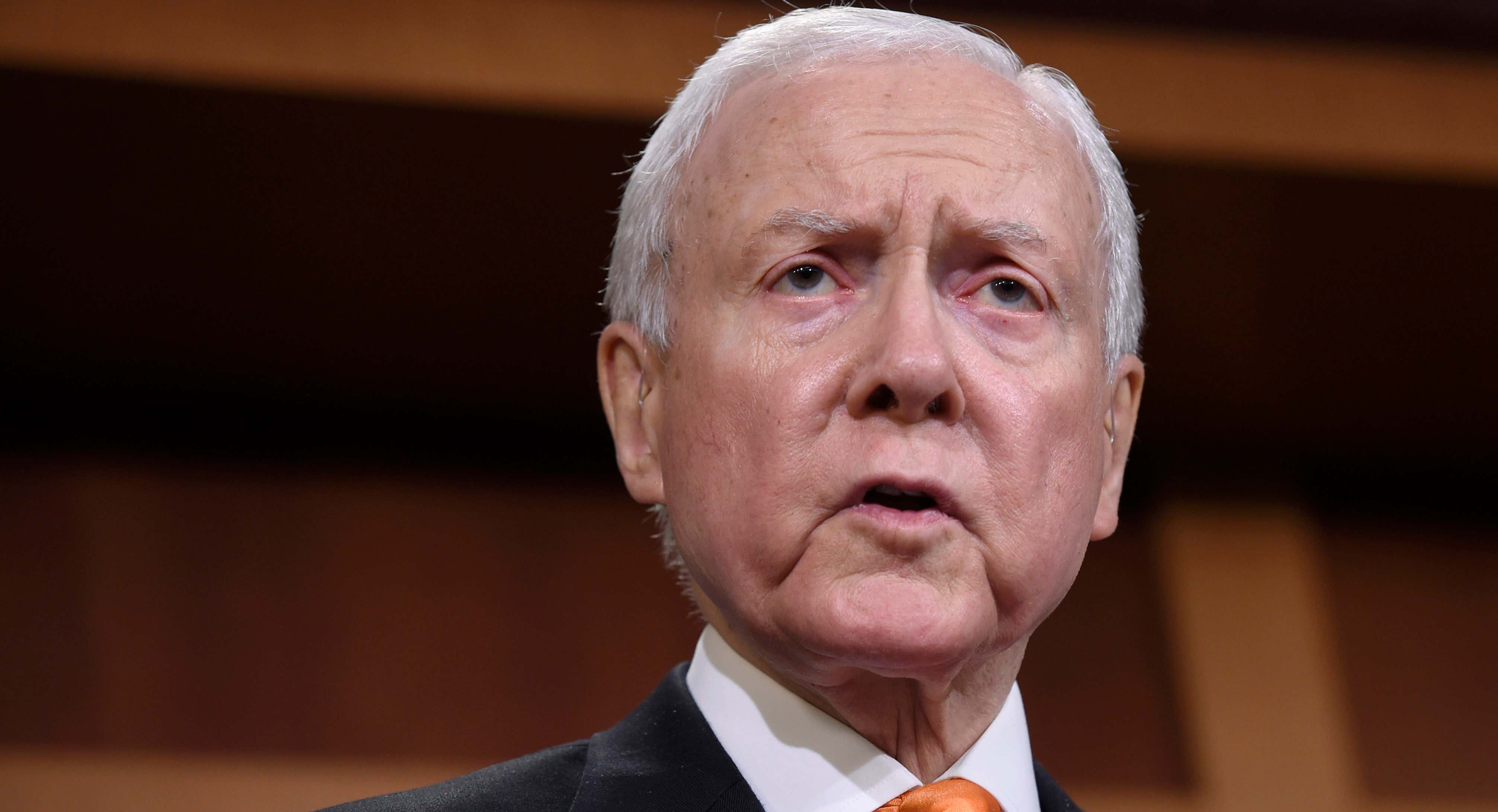 Yesterday, PASPA was ruled unconstitutional, which opened the doors for any state in the United States of ‘Merica to legalize sports betting if they please. As expected, this decision pissed off some old, soulless people, who were never taught how to have fun in this life.

Yup, that is exactly how I was expecting him to look. What’s his name?

Hahahahah “Orrin.” What a DUMB name. Where is this old, white geezer named Orrin from?

Couldn’t have written out this script any better. The old, white geezer from Utah doesn’t want anyone else to have fun, because when he went to a racetrack in 1947 he lost 75 cents and if he can’t win, NOBODY IS GOING TO WIN. WAHHHHH.

Not big into Utah politics, but my one search on Google had me stumble upon this all-time clip courtesy of Orrin:

Of course, the guy who is trying to stop me from betting on Wednesday night Sun Belt football games is the one from the viral “senator takes off glasses he isn’t wearing” clip.

I love the internet. Thank God I am alive for this era. I’m grateful.

Editor’s Note:  Jack do you not know who Orrin Hatch is?