Sometimes people ask why we live stream games. They don’t get the interest people have in watching people watch games. Well, last night was the absolute perfect example of why we do what we do. Sports has an amazing way of creating incredible, strong emotions. Last night we saw the emotional swing in full effect in a matter of minutes.

First we had the Yankees tie the Astros in the top of the 9th inning with a two run homer from D.J. LeMahieu.

The Yankee fans in the house were ecstatic. They had been on pins and needles all night after Houston took an early lead and now they finally had reason to celebrate. They were finally back in this thing. A tie game in the ninth inning of Game Six of the ALCS. The joy was pure and unadulterated.

The other side of the coin was Conner Knapp, aka Big T. Big T, of course, because he is the biggest Tennessee fan you will find anywhere. Tennessee was playing in Tuscaloosa and they were, shockingly, playing competitive football. Tua was out, and the Vols were threatening. They were on the one yard line with a chance to make it a one score game in the third quarter when tragedy struck. Alabama went 99 yards and scored a defensive touchdown, effectively sucking Big T’s soul out of his giant, orange body. 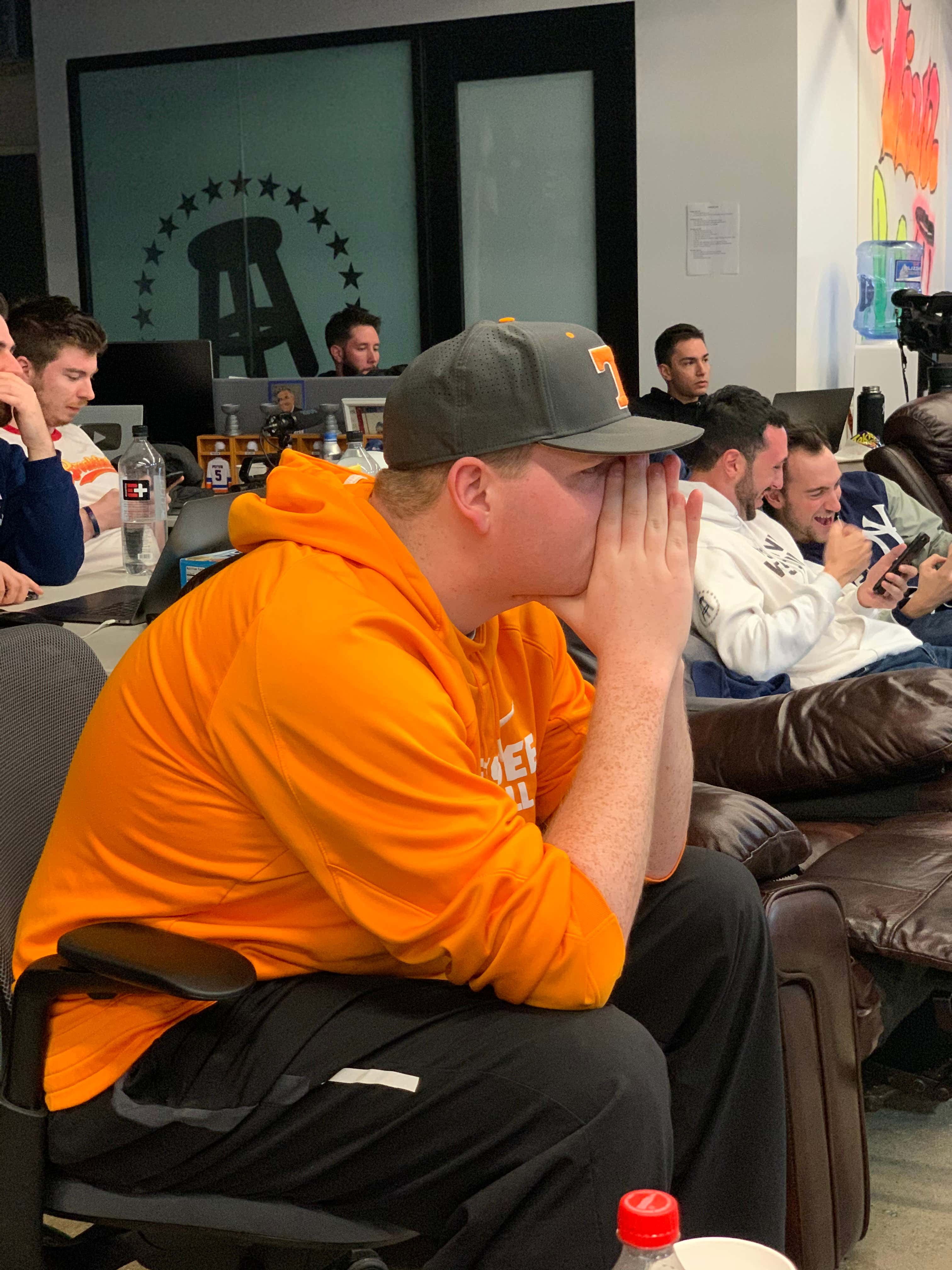 With Big T dead, we moved on to the bottom of the ninth inning of Yankees-Astros. The Yankees sent their vaunted closer (and overall dirtbag) Aroldis Chapman to the mound. After putting a runner on, but recording two outs, Chapman faced Jose Altuve. And Altuve turned the emotions of the Yankees crew on their heads. He blasted a two run, walk-off home run over the left field wall to end the Yankees season. That is when Jared Carrabis, “The Rocket”, delivered his eulogy for the Yankees season.

The Rocket’s eulogy was a crusher for Yankees fans in the building as he had relentlessly chirped them all night long, nearly to the point of confrontation. Yet it was he who had the last laugh. He held the champagne high and celebrated as the Astros advanced to their second World Series in three years. The Yankees fans were crushed.

That is the beauty of sports. The emotions are not able to be duplicated anywhere else. It is the greatest reality show on Earth, because it isn’t scripted. The highs and lows are why we get so invested. The pain of defeat makes the sweetness of victory all the better. That is why we live stream these games. That is why you watch. And I can’t wait for today.