After you had your fill last week of a YouTuber barely punching an uninspired wrestler on Triller, and last night you got to witness midget fighters and pregnant ring girls on Rough N' Rowdy, the good folks over at Top Rank have put together an 8 fight card filled with actual boxers for tonight.

The headline fight includes Christopher Diaz (26-2), who is challenging Emmanuel Navarrete's for his WBO featherweight world title.  This is Navarrete's first defense of his title... He won the belt with a unanimous decision against Ruben Villa in October, but that does not mean he is a stranger to defending straps... He made 5 WBO junior featherweight title defenses before moving up in weight.

I like Navarrete in this one, but I could also see it going the distance, so I will take the over on 10.5 Rounds.

But the reason I wrote this blog is the co-headliner contains a kid you should really keep your eye on.

Edgar "I'm A Fucking Monster" Berlanga is a young Super-Middleweight with a 16-0 record that includes 16 first-round knockouts.

I will say that again… Edgar has fought professionally 16 times and all 16 opponents hit the deck in under 3 minutes. 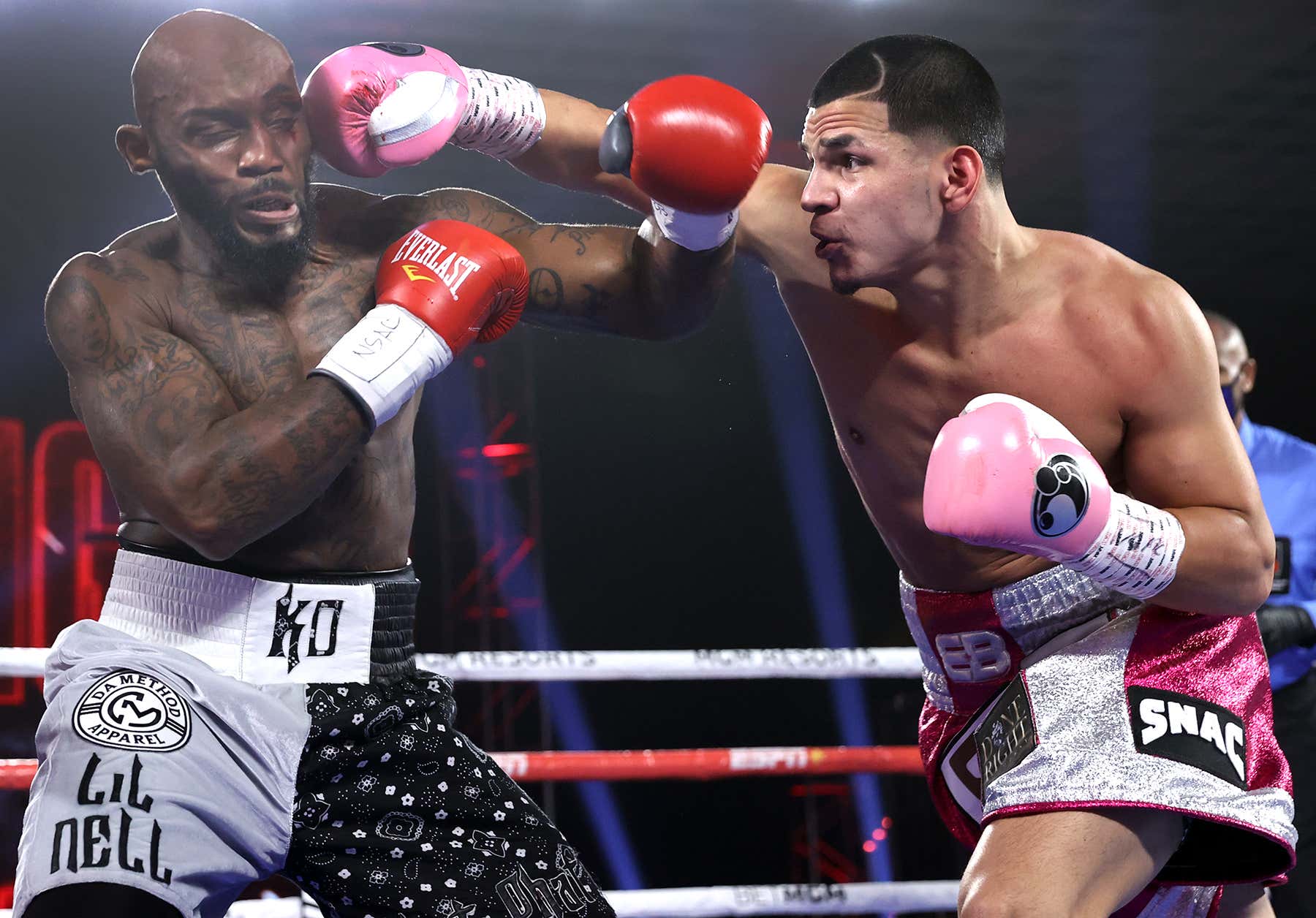 I got to sit down with Edgar for a quick conversation from the barber's chair, and he gave me the feeling that I might be talking to the next great New York/Puerto Rican fighter, in the mold of a Miguel Cotto (who I know was born in Providence, but as an adopted New Yorker used to PACK the Garden the weekend of every PR Day Parade) or Hector Camacho (without the cocaine and homemade outfits, of course).

So tune in tonight night FOR FREE to watch Super Middleweights Edgar "The Chosen One" Berlanga versus a knockout artist with a questionable chin and a TERRIBLE nickname - Demond "D'Bestatit" Nicholson (23-3-1, 20 KOs), LIVE on ESPN & ESPN+ at 10 PM EST, from a sold-out Silver Spurs Arena in Kissimmee, Florida.

For the betting enthusiast, Edgar is an OVERWHELMING favorite, so I am just going to fuck around on the Barstool Sportsbook with this line-moving fascination with keeping his streak alive. 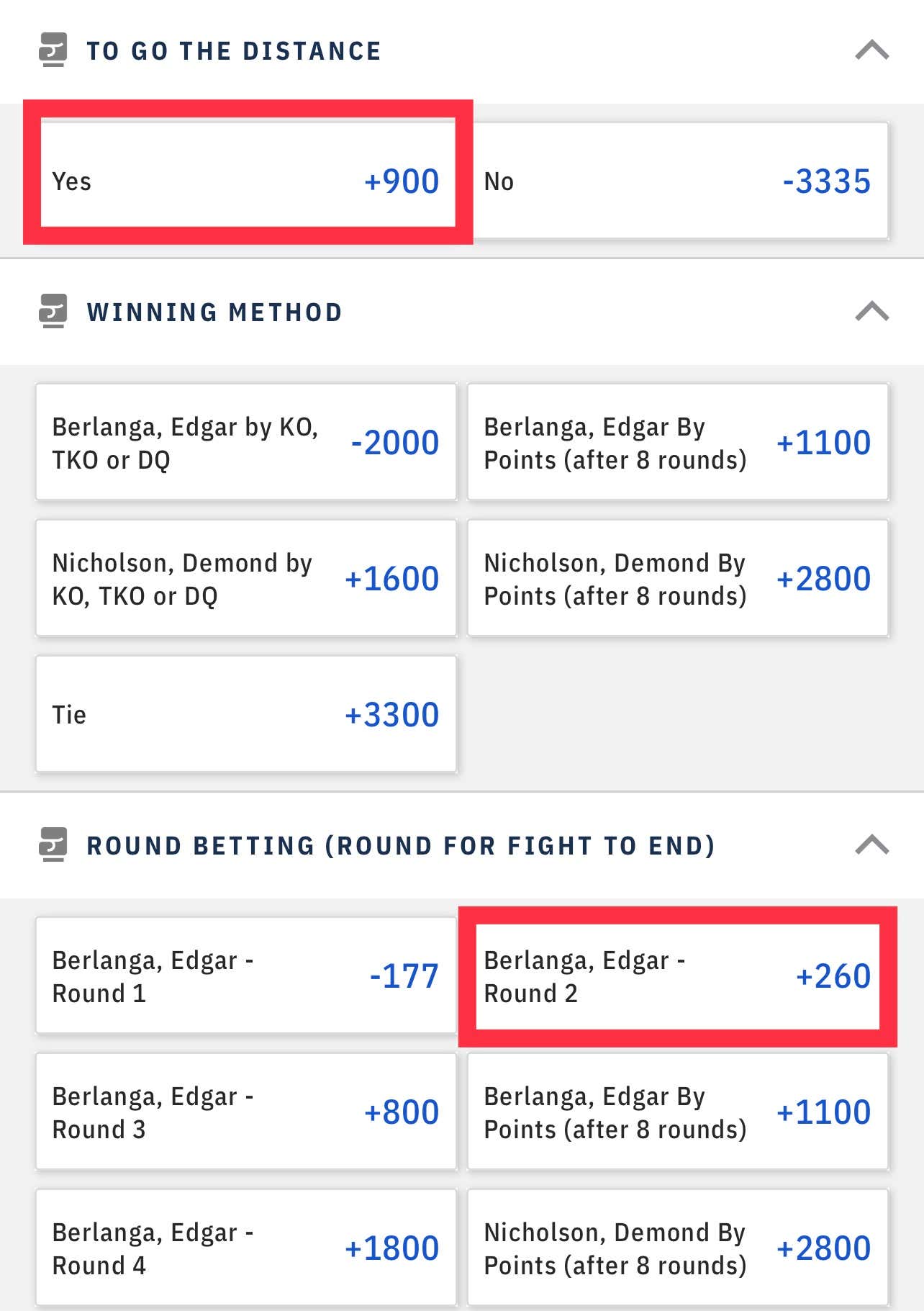 Nicholson is not terrible and I can nearly triple my money (+260) if he makes it out of the First Round?… Yes, please.

And this is only scheduled for 8 rounds… Not 12… So maybe a couple of bucks for it to go the distance?… Only because I'd be getting 9 to 1 on my money and Berlanga is untested in deep waters (because he knocks everyone out so fucking close to shore).