Sat down with AJ Allmendinger this week to discuss his win in Indy.

And, most importantly, in just his fourth Cup race this year he won the Verizon 200 at the Brickyard in Indianapolis this past weekend… Making him the first part-time racer to win a Cup Series race in a decade.

He's married to the current Mrs. North Carolina, Tara Allmendinger, and AJ just all-around seems to have the world by the balls… Great guy.

(That's not Tara, but you get the point and can Google creep on your own.)

I was looking forward to meeting a ton of drivers face-to-face this weekend in Michigan, but NASCAR invoked strict COVID precautions for media members in and around Pit Row, so we canceled the trip, and are setting our sites now on traveling to Bristol, TN for the Bass Pro Shops Night Race in mid-September.

HOWEVER!… We did not cancel our ability to gamble responsibly, and the Barstool Sportsbook has graciously boosted 2 bets for Spider and me for this Sunday's FireKeepers Casino 400 at Michigan International Speedway… 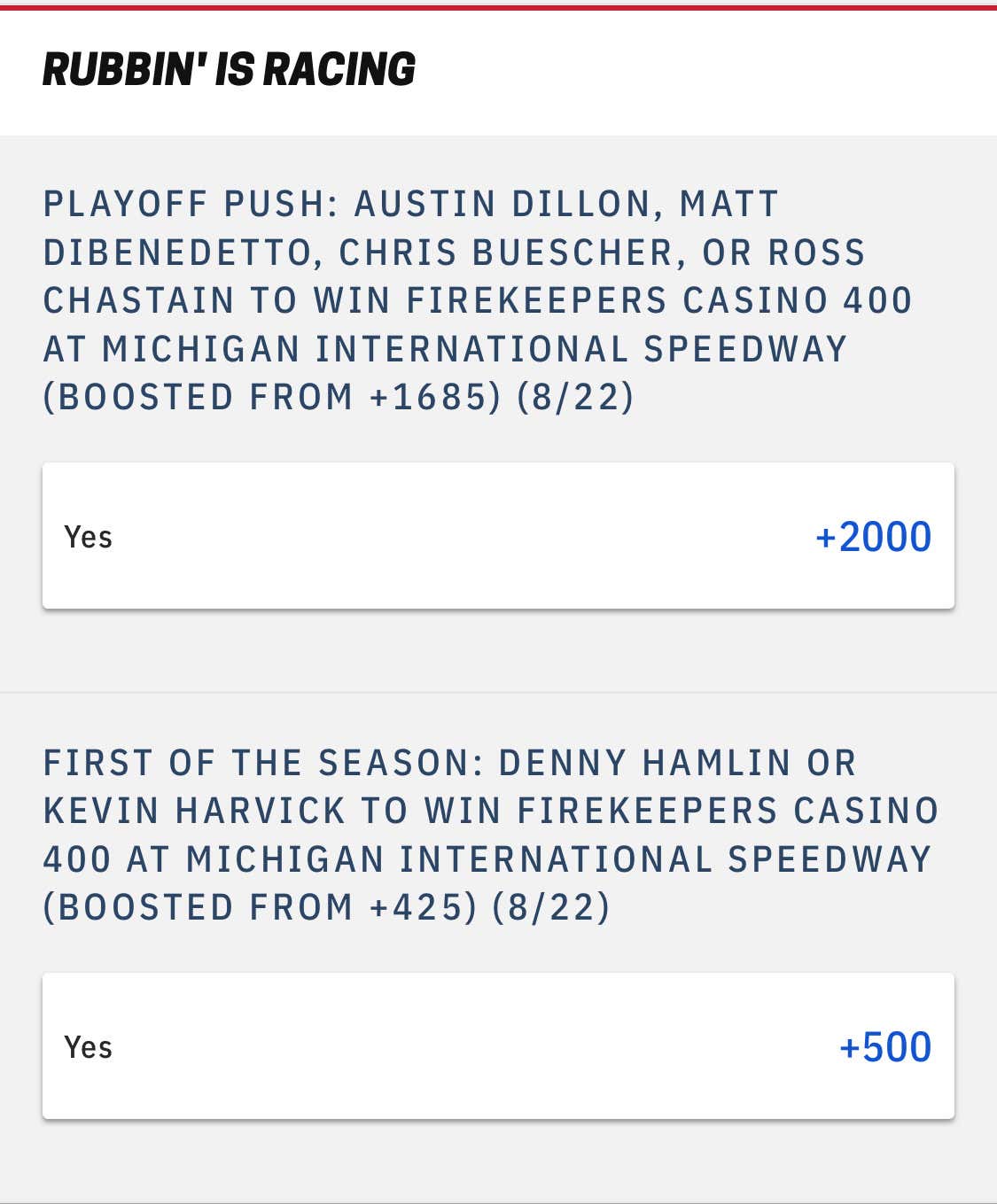 That second option is betting that one of the two gentlemen who collectively won 16 Cup Series races last season will get off the schneid and take home their first checkered flag of 2021.