The most popular question I got when I mentioned to friends who weren't big boxing fans that I was interviewing Don King was...

"That guy is still alive?" 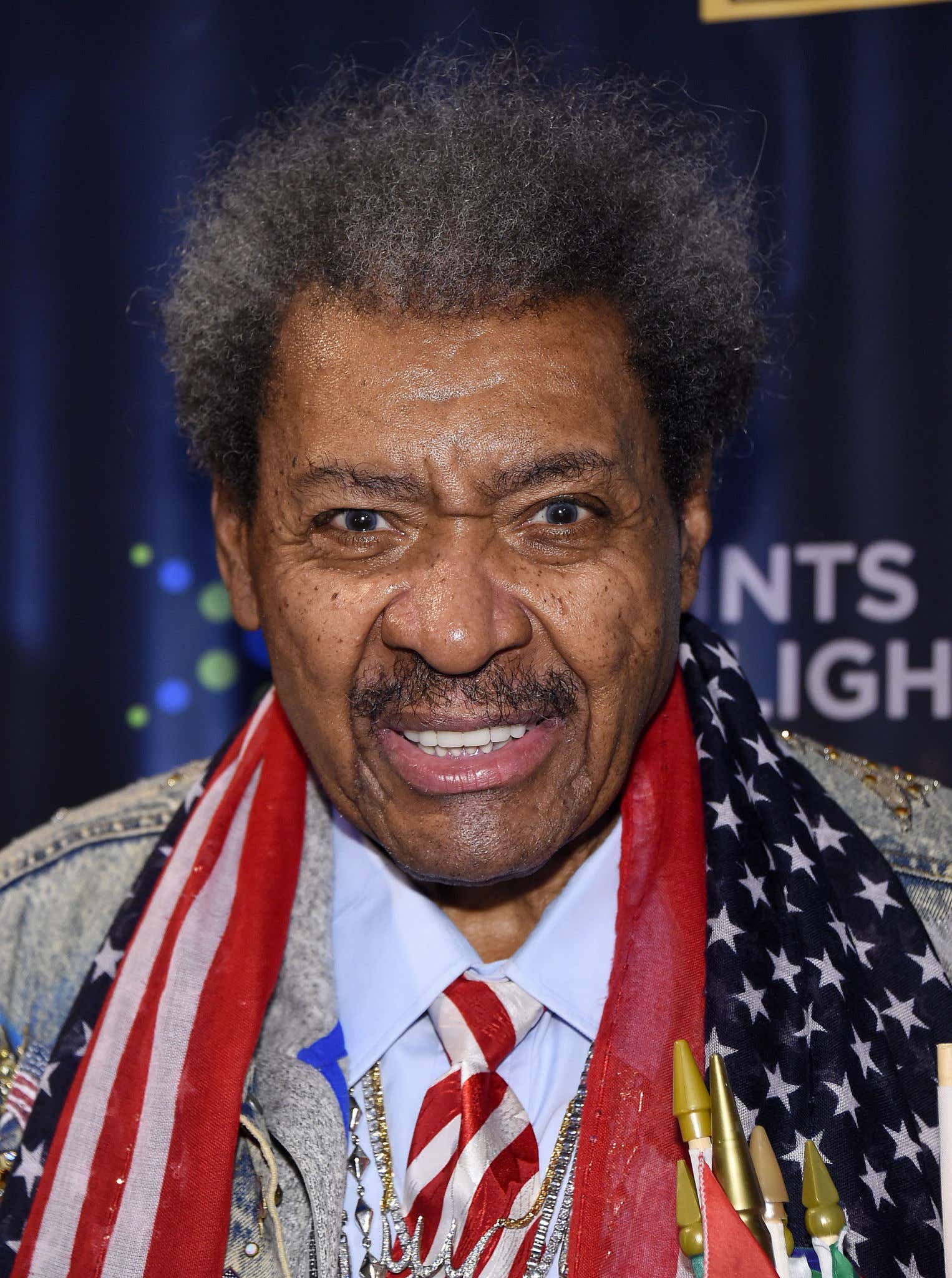 The second question I received was…

"Didn't he kill someone?"

To which I answered- Two people actually. 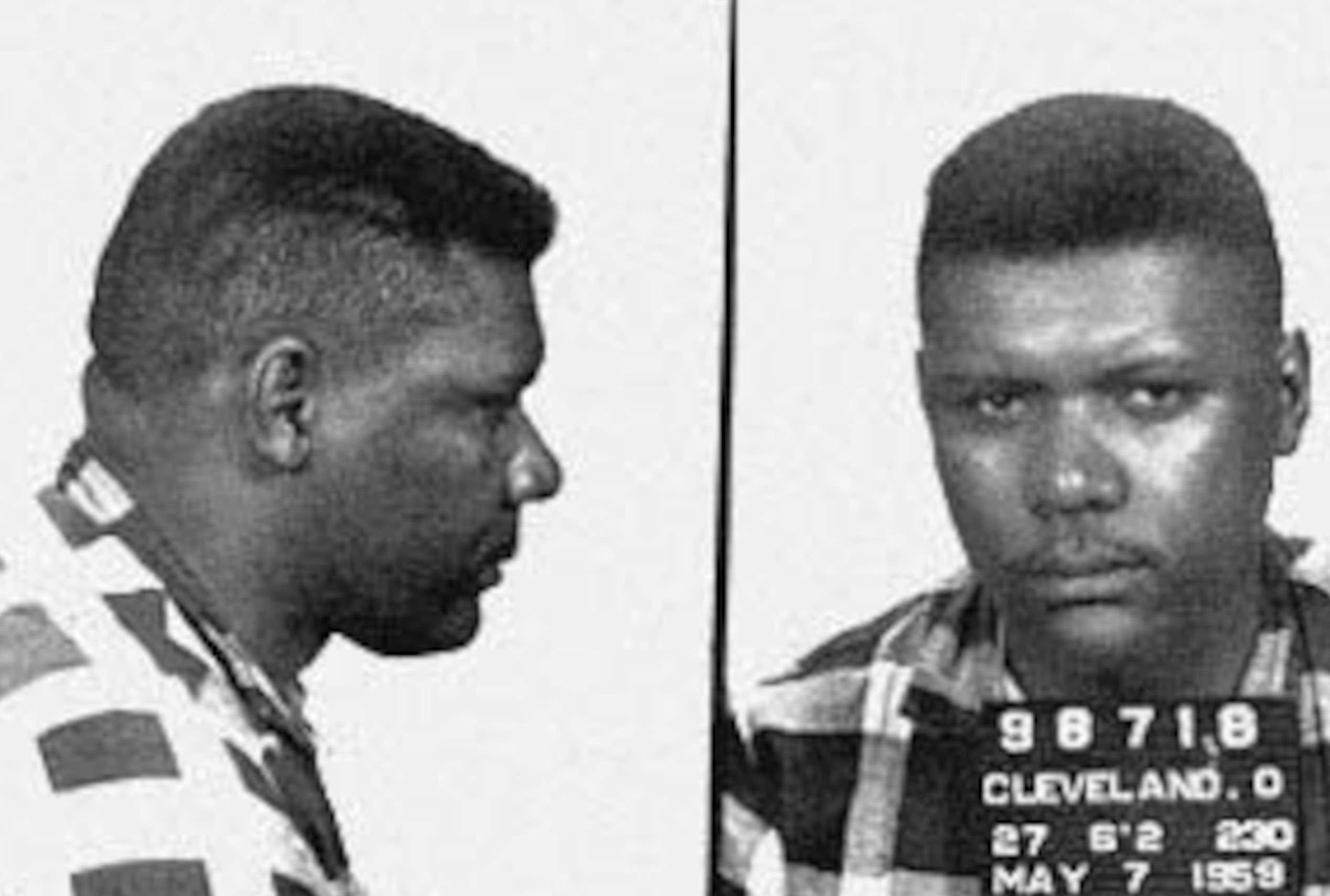 I will give you the details on those killings in a bit.

And the third most asked question was…

"Then why would you interview him?"

To which I answered- That, I really don't know.

I suppose there was a curiosity on my part to talk to a guy I have been watching promote fights for as long as I have been alive.

A guy who promoted over 500 world championship fights (he says that number is 700, but I challenge his definition of 'championship').

A guy who promoted "The Rumble in the Jungle" and the "Thrilla in Manila" and has been involved with names like Ali, Frazier, Foreman, Holmes, Tyson, Holyfield, Chávez, Hopkins, Trinidad, Roy Jones Jr., and Christy Martin (I threw that last one in to show some diversity). 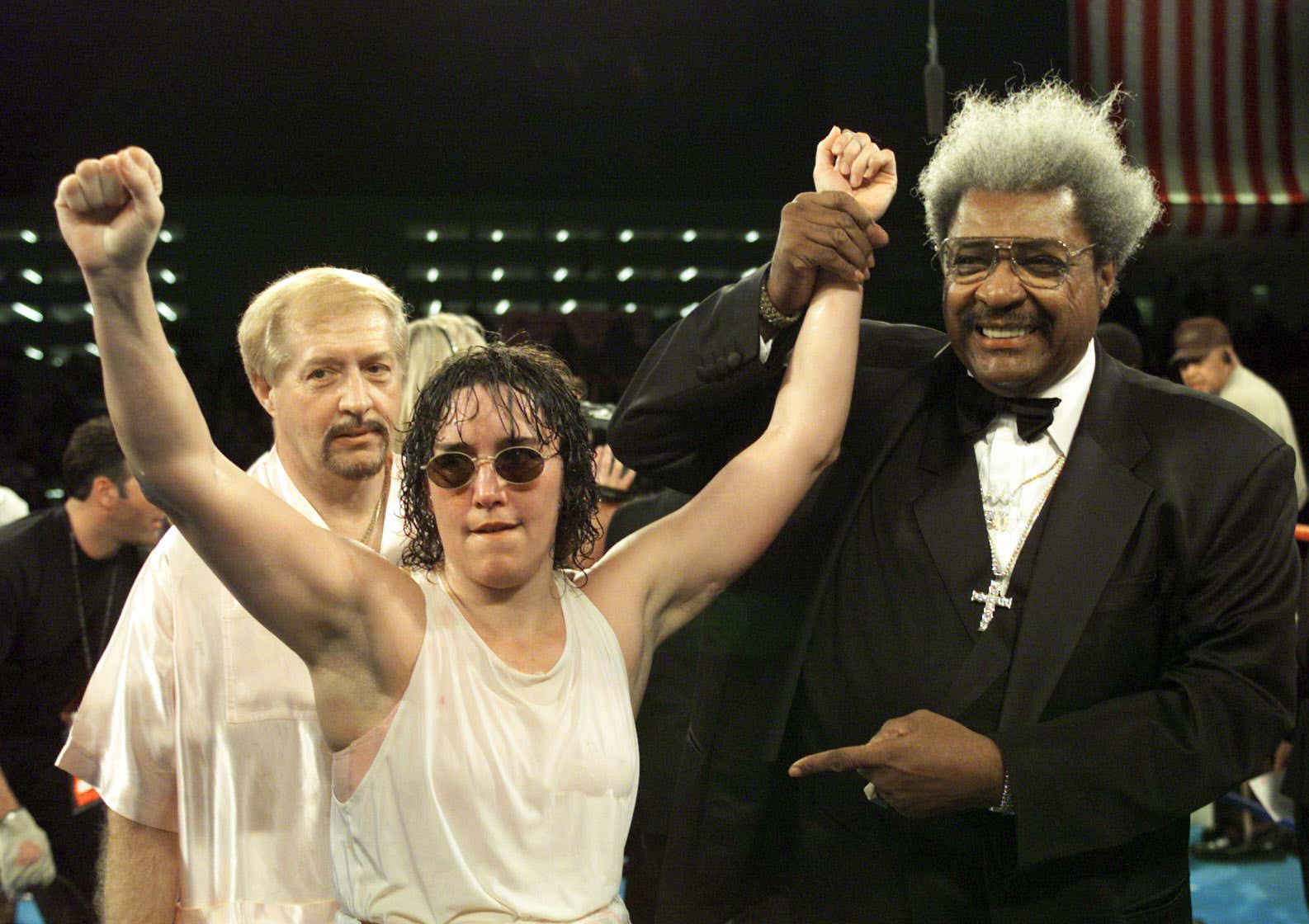 And also a guy who has fucked more black athletes than the Kardashian sisters combined.

Nearly 100 boxers have earned $1 million or more in Don King Productions-promoted fights, and a good number of them have sued him for that money at one time or another. 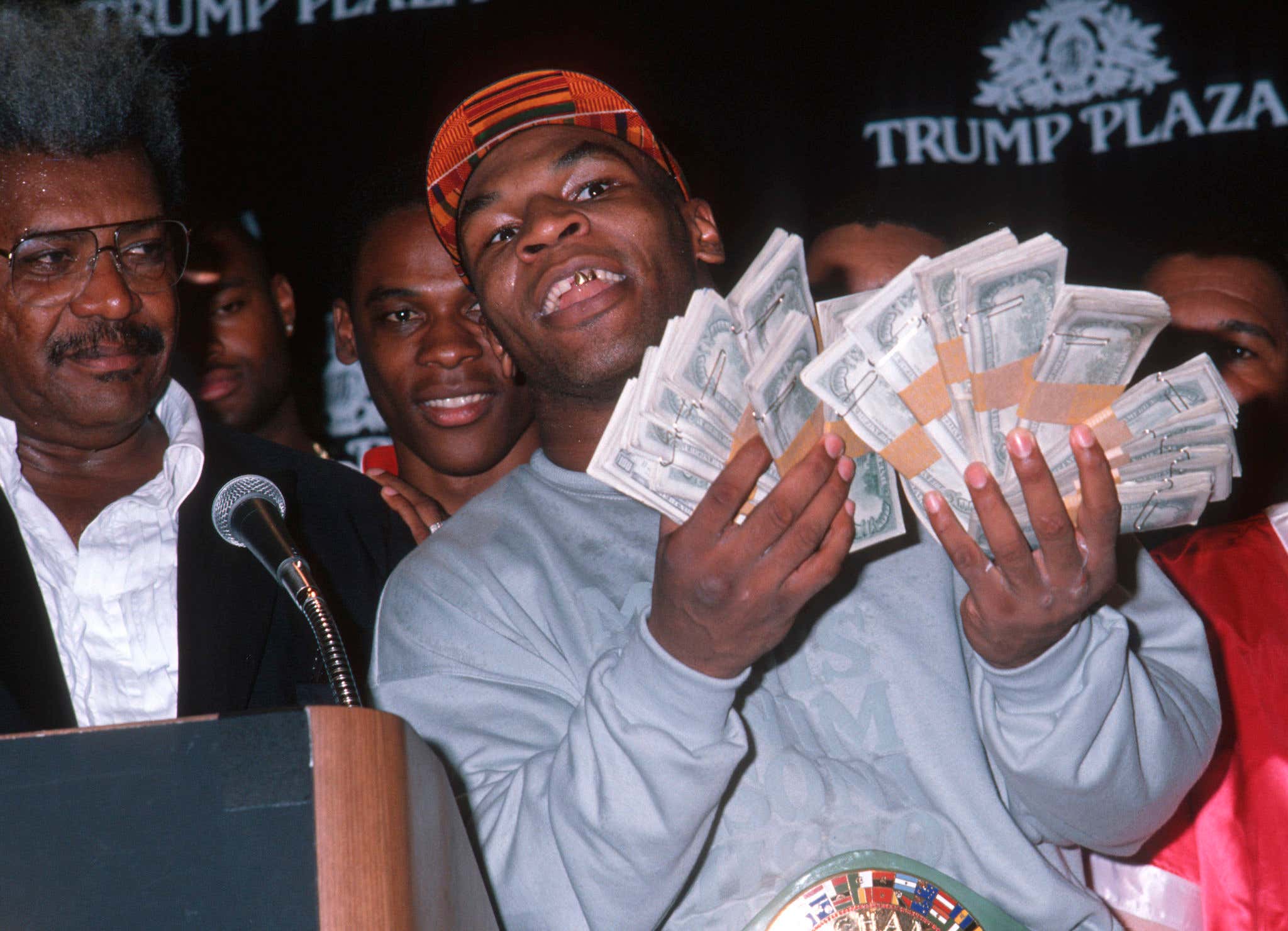 Outside of boxing, he promoted the Jackson Five’s Victory Tour in 1984… A worldwide mega-event that grossed $150 million.  And Don King also brokered the endorsement deal between Michael Jackson and Pepsi.

That deal spawned this commercial starring MJ and a very young (and hopefully a very un-diddled) Alfonso Ribiero.

Plus, he served his time for most of his crimes (kinda)… As I alluded to above, King has been charged with killing two people in incidents 13 years apart.  In 1954, he shot a man in the back after spotting him trying to rob one of his gambling houses; this incident was ruled a justifiable homicide.  Then in 1967, King was convicted of voluntary manslaughter for stomping one of his employees to death. For this, he served four years in prison.

Four years does not seem like a lot for two lives, but I have seen others who have gotten away with a lot less time for an equal amount of death (allegedly).

(I know Juice ultimately spent nine years inside… But that was for robbery.)

All of this history added up to me writing up a dozen questions to pepper Don King with.  And I had the perfect opportunity to pepper him since he is promoting a card that airs tonight featuring an intriguing cruiserweight champ named Junior Makabu… And I find Junior intriguing because he has a shot at fighting Canelo Alvarez somewhere down the road.

So I sat down with Don on a Zoom yesterday with my questions in hand, and the old man proceeded to run me the fuck over.

I honestly have no idea how my producer will edit this interview, but I can tell you that I probably didn't have to be present for it.  Perhaps that is just King's personality, or perhaps it's a defense mechanism that prevents interviewers from asking him about incidences from his past that he'd rather not discuss.

Or perhaps he's just an old promotional dog who simply cannot turn it off.

Either way, take a listen to the interview above and tell me what you think… Particularly the beginning, where Don just can't seem to accept the fact my name isn't "Lawrence" and the very-very end where I questioned everything that just transpired.

Full Card for Makabu vs. Mchunu

And for those who wanna throw down a couple of bucks, in the co-main, heavyweight Trevor Bryan (21-0, 15 KOs) will beat the brakes off of a shrimp boat captain named Jonathan Guidry (17-0-2, 10 KOs).  It's just a matter of when Guidry goes down… I am going to straddled the over/under of 4.5 rounds and take Round 4-6 as the Winning Group of Rounds on the Barstool Sportsbook at +180. 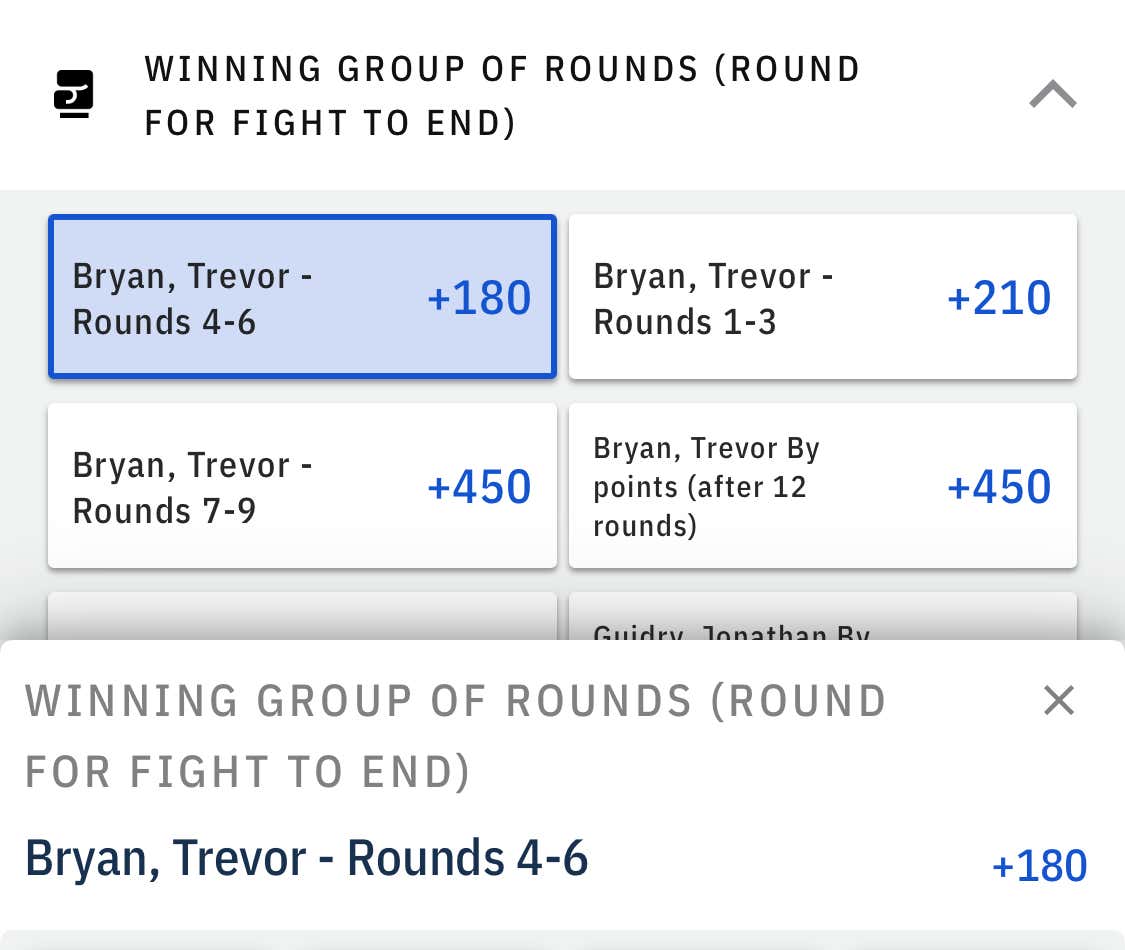 And in the Main Event, the odds are saying that Makabu is fighting a very live dog in Thabiso Mchunu, but I think Junior has only gotten better since slugging it out with Mchunu in 2015, so I will take him to chalk up another W at -141. 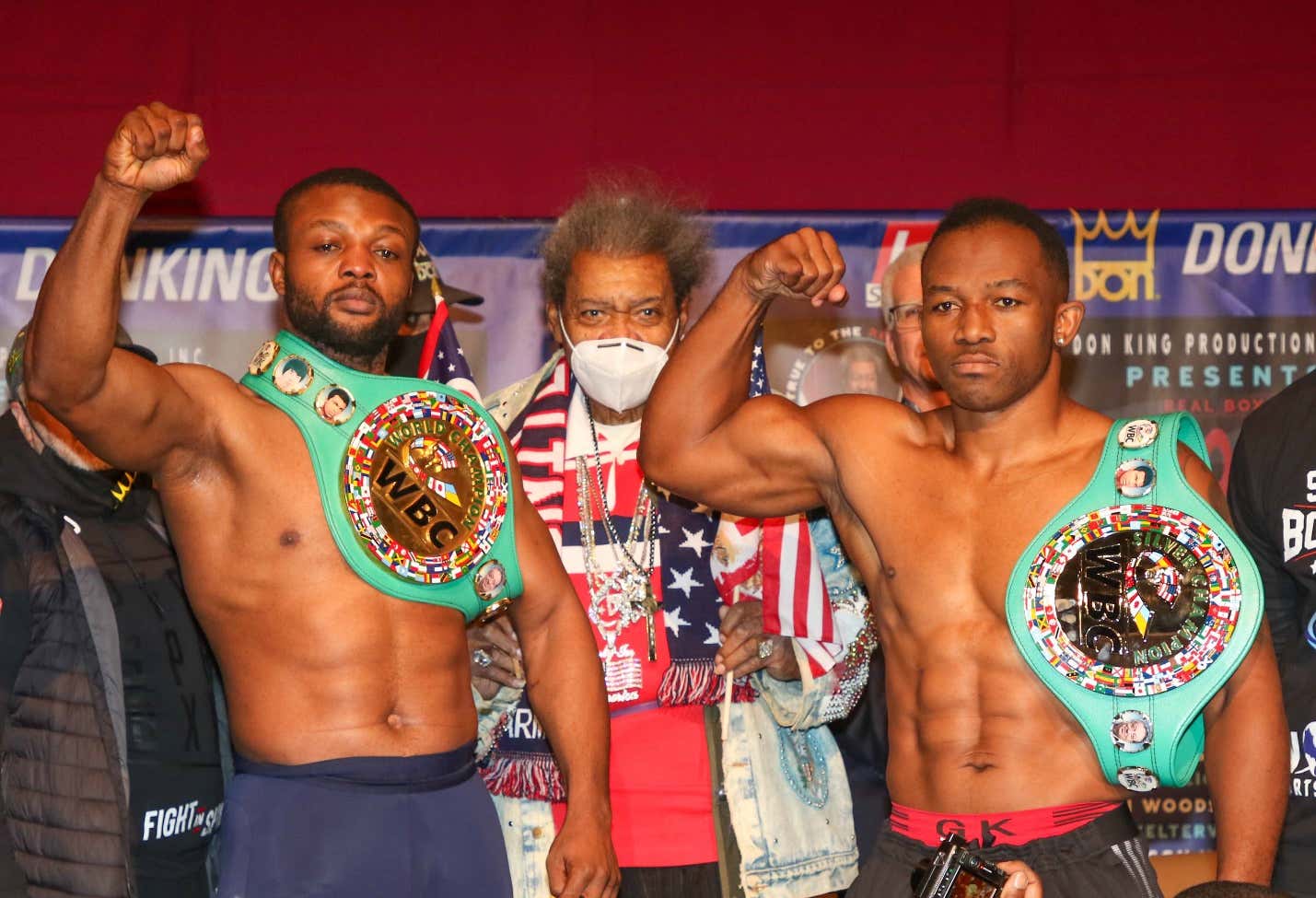