I sat down with Ireland's Katie Taylor (20-0, 6 KOs)... 2012 gold medalist and one of only eight boxers in history (female or male) to hold all four major world titles in boxing simultaneously, before she defends her WBA, WBC, IBF, WBO, and The Ring female lightweight titles against Amanda Serrano  (42-1-1, 30 KOs)... A Puerto Rican Southpaw who has won a total of 9 straps in seven different weight divisions.

I posted the Amanda interview earlier.

It's the biggest fight in the history of females... And that gender dates all the way back to Eve (depending on where you spend your Sundays).  And the promoters have decided to up the stakes by betting a million bucks on their respective fighters.

The Main Event is set to step off sometime after 10 PM EST Saturday night, and you can catch it all on DAZN. 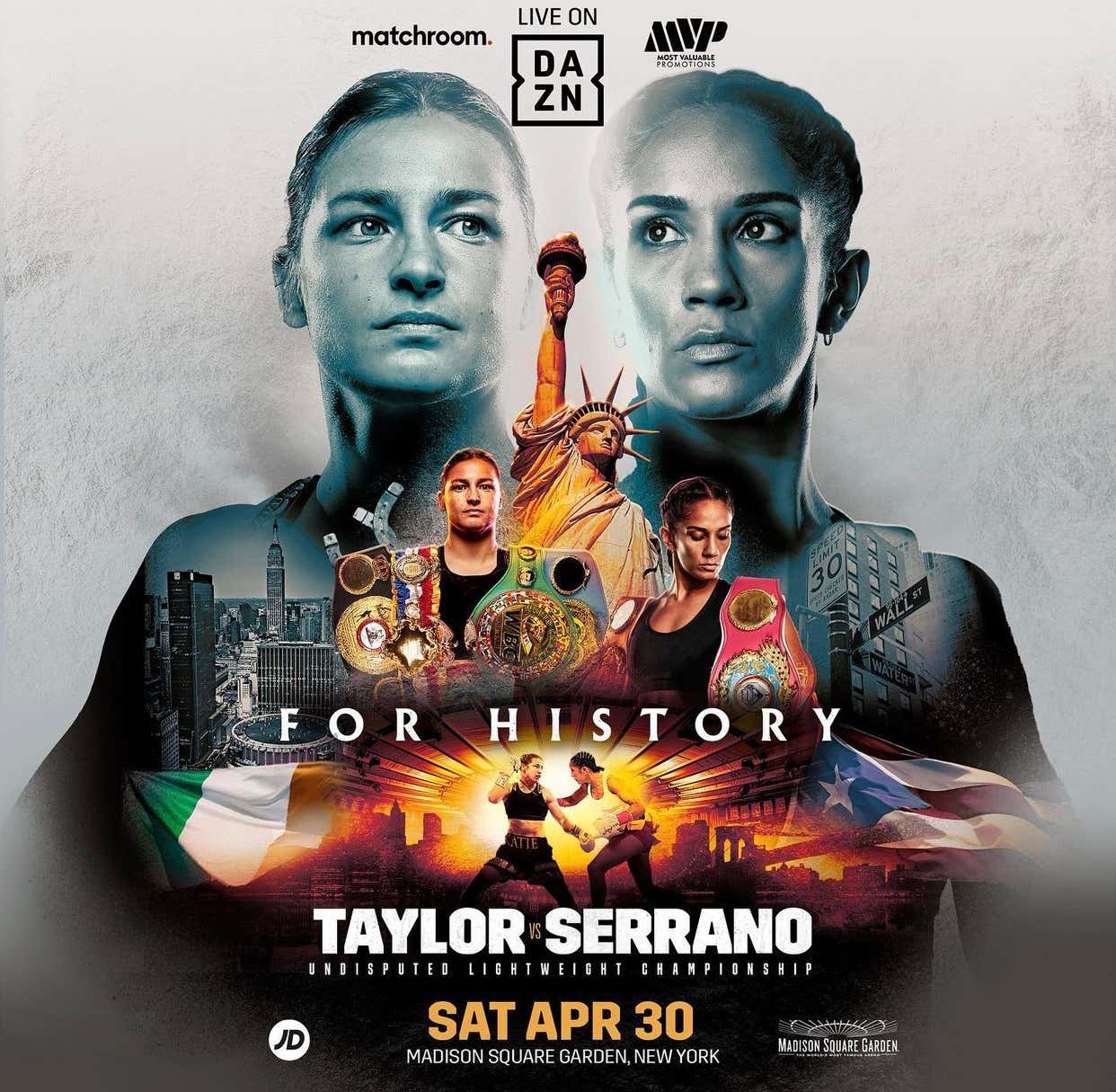