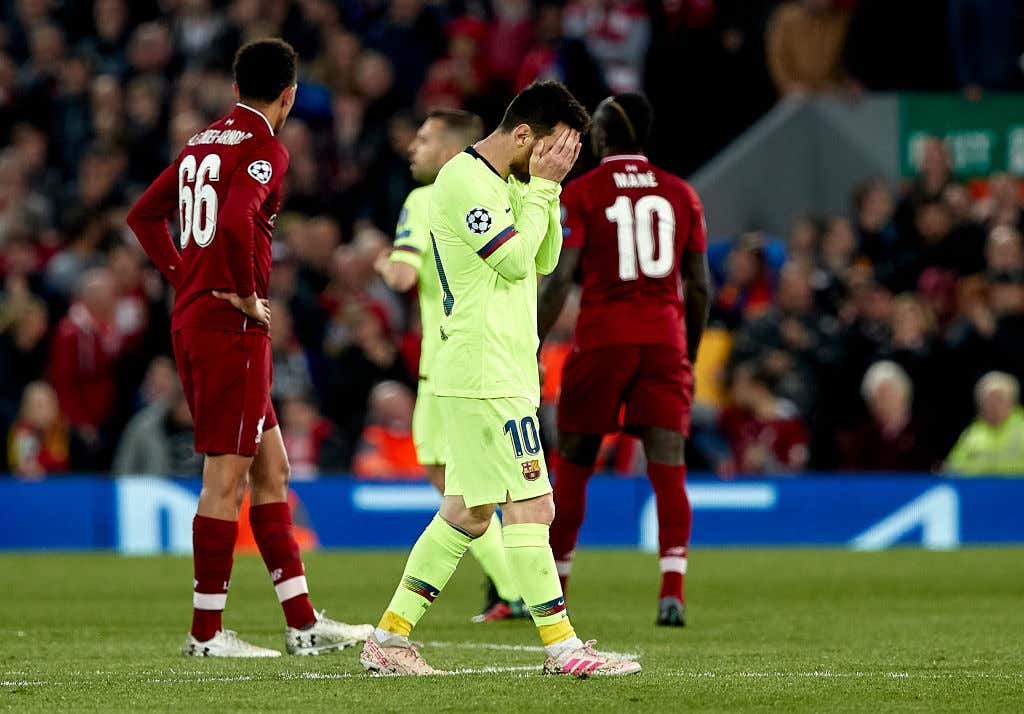 As a fan of many sports, I am a fan of when my worlds collide. One of the best stories in college football history is USC leaving Lane Kiffin on the runway after they fired him. The thought of Lane Kiffin about to board a plane to only be fired on the runway will always be funny.

Yesterday, the soccer world had its own Lane Kiffin moment after Barca’s historic meltdown at Anfield. For those who didn’t see, Barcelona blew a 3-0 aggregate lead over Liverpool, who was without two of their top players.

A meltdown for the ages by Barca, which only got worse for their star player after the game:

SOURCE-The Argentina international was inconsolable in the Barcelona dressing room following the 4-0 defeat at Anfield, where the Spanish champions were on the receiving end of an incredible comeback in Europe for the second season running, having won the first leg 3-0 at the Camp Nou. Last season in the quarter-finals Barça beat Roma 4-1 at home but collapsed in the away leg to lose 3-0 in Rome and go out on away goals.

Messi was then selected for a drugs test by anti-doping officials and the team coach departed for Liverpool John Lennon Airport without him as a consequence.

An absolutely WILD move by Barca to just leave behind potentially the best player in the history of the game. Saying they had to catch a flight isn’t an excuse either. You are fucking Barcelona, you make the plane wait for you.

Reports in the Spanish media have claimed that, on his eventual arrival at the airport, Messi was involved in an angry confrontation with a group of Barcelona supporters furious at their team’s latest collapse in the Champions League.

Soccer fans across the world are absolute madmen. They are the definition of “what have you done for me lately?” Imagine the Pats blowing a massive lead in the AFC Championship and Patriots fans going to the airport to yell at Brady? Would never happen.