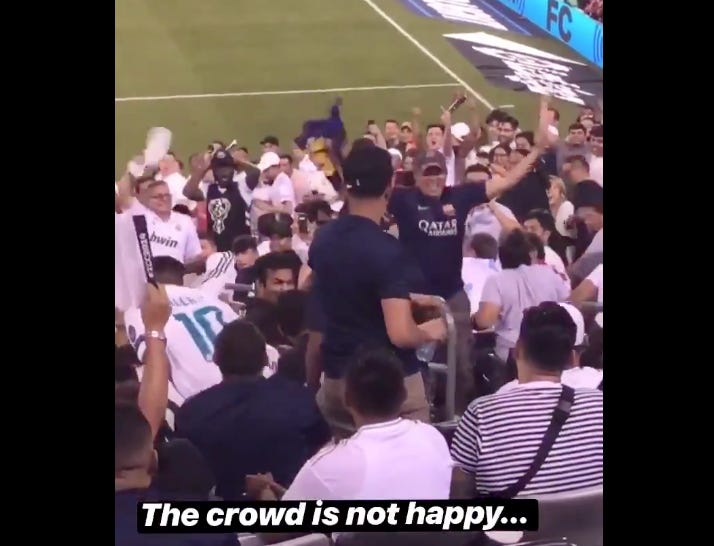 On Friday night, Real Madrid took on Atletico Madrid in a preseason matchup. A Madrid derby in the Meadowlands didn't count for much, but Atletico took Real out to the SHED.

In the middle of the game, while Atletico was up 6-0, a Barca fan decided to bathe in the glory of Real being down big to their crosstown rivals.

This is what it's all about. The Meadowlands hasn't seen beer getting thrown like that since the 90s. NFL fans have turned soft. They could learn a lot from the soccer fans. They know what how to defend their turf. Remember when a beer was thrown on Tyreek Hill and it was a 48-hour news cycle about how inappropriate it was? The Patriots fan ended up being banned from Gillette. That's celebrated across the pond in Europe. Also, you see how this fan handled it? With a smile on his face. If it was an NFL fan, he'd probably be running to give an interview on Ellen about how this affected him mentally. Take notes, America. Take notes.