More previews for your brain to devour and predictions for your wallet to fade? Don’t mind if we do.

Scores from yesterday and schedule for today: 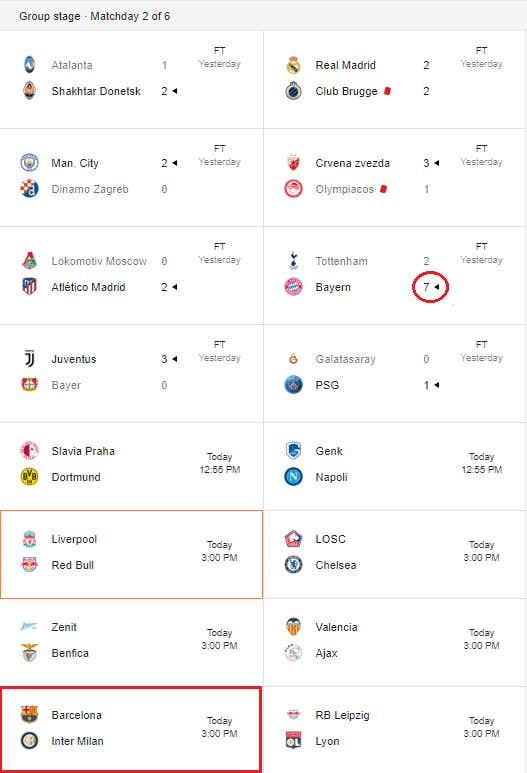 Hahahahahahahaha Spurs, you big dummies. Nice of them to dominate the headlines and offer a little respite to Real Madrid after yet another wet fart performance. 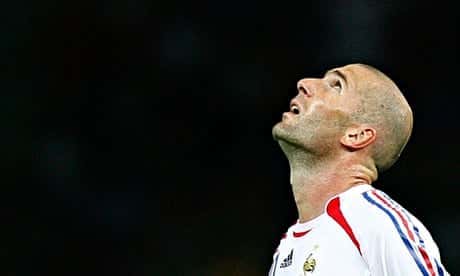 Why god, whyyyyyyy did I come back?

Tables as they stand right now:

Highest profile matchup of the day (though not necessarily highest entertainment potential), and one that was made especially important by both teams “unexpectedly” [according to the bookies] being held to draws in their first game. To be fair, drawing at Dortmund is nothing to sniff at, but Inter coming away with only one point against Slavia Prague – the weak link of the group – was a particularly disappointing result, and one for which the club will be feeling some pressure to make up.

The thing about Inter this season is… I really like them! I know Napoli gave Juventus a little scare a couple years ago but I think this Inter squad are the most serious threat to the Old Lady’s (seeming) decades of dominance in Serie A. They have good balance – Romelu Lukaku was the perfect addition – and Antonio Conte knows what tf he’s doing. Barcelona are obviously stacked but something has felt off all season, and they may be without Messi yet again [UPDATE: MESSI IS BACK!]. If someone offered me Inter (+1/2) I’d jump on that in a heartbeat. If it wasn’t for the egg that Inter laid last time out I’d probably be plumping for them to come up with a massive road upset… but as it is I’ll say 1-1 draw.

I mentioned it on the podcast last week but I am a huge fan of this Salzburg team, and how could you not be with how they have been crushing anyone in their path so far – with, by the way, future USMNT coach Jesse Marsch at the helm. So what I’m saying is if you are looking for some deeeeeeeep value, you could do a lot worse than buying a lottery ticket on this team against pretty much anybody… but Liverpool? At Anfield? I donno, seems like a tough task given the significant step up in competition Salzburg will suddenly be faced with. Liking the OVER in this one and I’ll say Liverpool win 3-1. 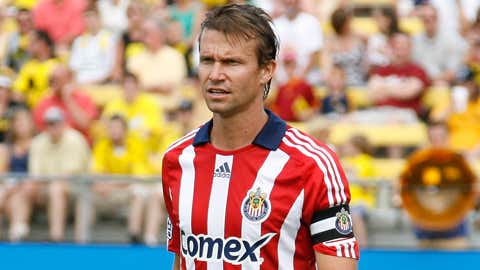 Your day will come, sir (maybe not today tho)

• Genk 2-2 Napoli – Watch out for the plucky Belgians in this one. Yeah yeah, they got their asses handed to them by Salzburg last time but they are a better team and home and Napoli could be primed for a letdown after their impressive revenge-game win over Liverpool on the first matchday.

• Slavia Prague 1-2 DORTMUND – Slavia is the biggest wildcard in the competition. I got no idea if they are legit or not. Going to the San Siro and taking a point off Inter is a big boy result… but that is one data point and every other result against Czech first league teams is basically meaningless. Are they a club that crushes Vyšehrad 8-0 or squeaks by Mladá Boleslav 1-0? I have no idea. I do know that Dortmund are solid if not spectacular though. Might be some serious money to be made on the Czeckers if you got some balls on ya. Newsflash: I do not.

• Lille 1-2 CHELSEA – don’t hate the way this Chelsea team is coming together a bit, and the loss to Liverpool was one of the more impressive 90 minutes they have put together in some time (this is a team that got shellacked 4-0 by United – UNITED! – not long ago remember). No Pulisic no party but they still have more firepower than Lille. [Note: the moment you start to think Chelsea have turned a corner is precisely when they inexplicably fall apart, which is particularly possible given all the inexperienced youth that will be on the field… so buyer beware on this one.]

• Valencia 0-2 AJAX – I’m not too sure what to make of Valencia this season but I do know that I just don’t trust em.

• RB LEIPZIG 2-1 Lyon – Has the potential to be one of those low-key awesome games but the Frenchies just haven’t been able to find that same spark that made them so fun last year. They have been drawing too many games they would win last season and losing game they would draw. Leipzig have been all over the place as well, spanking Werder then bending over and taking it from Schalke… but at home I gotta go wiss zee Germans.