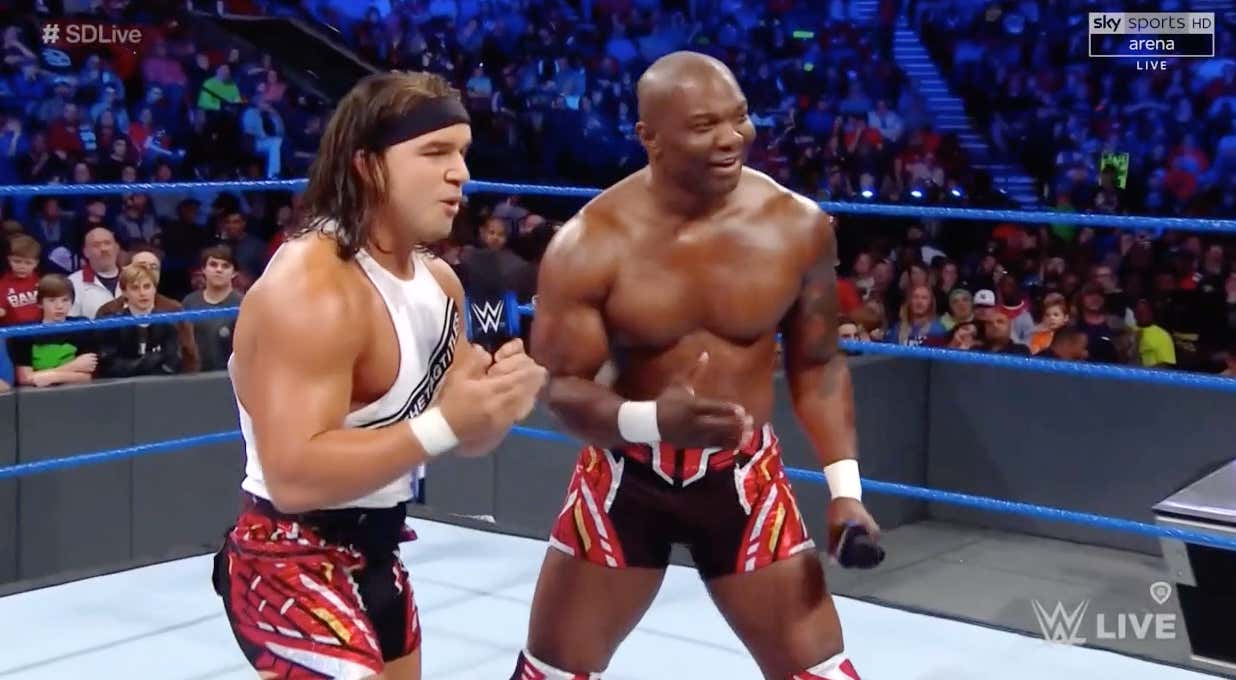 A little backstory for those of you who are grown-ups and don’t watch WWE like me: currently the Usos hold SmackDown’s tag team titles. Last week on SmackDown, Shelton Benjamin & Chad Gables went up against the Usos in a CHAMPIONSHIP match. It seemed as if Benjamin & Gables won, but it turned out that they pinned the wrong Usos member (the Usos are twins). As they were celebrating a new ref came into the ring, started the match over and the Usos handily.

This week, SmackDown was in Birmingham, Alabama under 24 hours removed from the Crimson Tide’s national title victory. Gables & Benjamin got a little bit of, what some would call, cheap heat by bringing up Alabama’s victory:

Benjamin, of course, is talking about a blocked punt by Georgia that was called back for an offsides call that wasn’t offsides:

The Alabama faithful stood up to Gables & Benjamin by reminding them that talking trash about Alabama football in the state of Alabama is a crime punishable up to 5 years in prison:

I don’t have the exact statistics in front of me, but I have a feeling the WWE audience and Alabama football fans have a high crossover percentage. Although it’s just a guess, I do feel that Gables & Benjamin hit close to home during this promo for a lot of those tuning in.