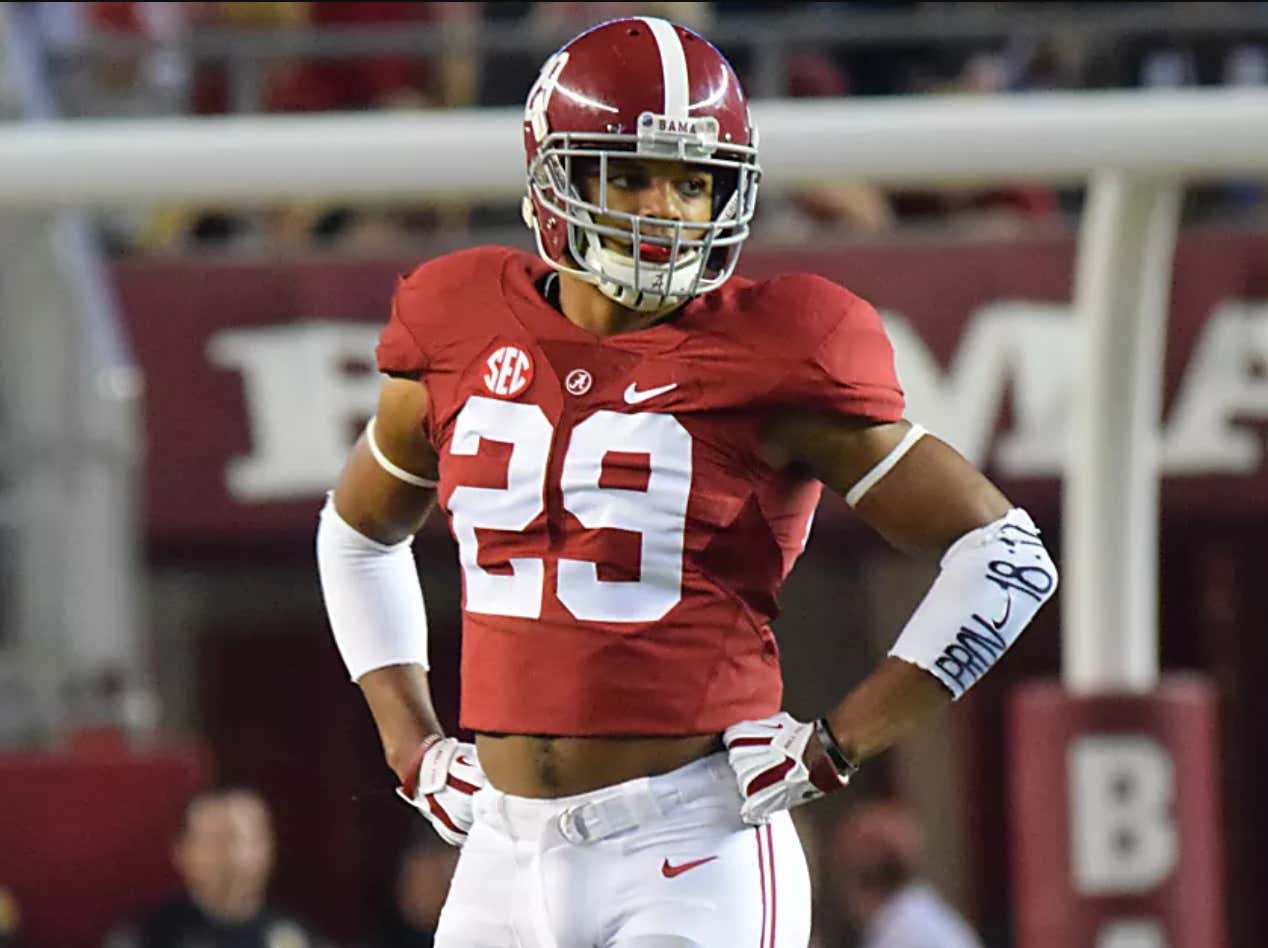 Monday’s game was prettttyyyy, pretttyyyy, pretty good. I say that having watched the game on a TV, having a front row seat to watch Tua Tagovailoa launch a beautiful throw down the left side of the field for a walk-off TD in OT must’ve been orgasmic like, right?

Turns out the heart and soul of Alabama’s defense did miss the final play. Minkah Fitzpatrick didn’t miss Tua’s rocket because of the 800 people on Alabama’s sideline, no, he missed it because he was in a porta potty:

AL.com-“I was going to the bathroom on the sideline (in a porta potty),” Fitzpatrick told ESPN Radio’s “Golic and Wingo. “I could tell which side was the Alabama side. Alabama’s side was the left of our team and Georgia was to the right of the team. The left side started cheering I knew it was us and we got the first down or we scored a touchdown. It was the right side, it was Georgia and I would have to go out on the field and go back on defense. That’s how I knew what was going on.”

Nice to see Minkah Fitzpatrick using some deductive reasoning that he learned as a student at the University of Alabama. I would’ve suggested to him to just, you know, hold it in and believe that adrenaline will make ya forget about it but when a mans gotta go, a mans gotta go.

I only played in high school, but I can confirm, that going to the bathroom in football pads is tough. Ladies, I know “I’ve never had to go to the bathroom with a romper on,” but combine the pads situation with going in a porta potty, you’ve got a hell of a challenge in front of you. I’m not even mentioning how when you’ve got to go as a guy and have limited time, it never goes as smoothly as planned.

Fitzpatrick mentioned that he may have had to go out back on defense. What if that happened sooner than expected and he was still in the porta potty? Kind of like the situation in Friday Night Lights when Boobie Miles backup can’t find his helmet:

Fitzpatrick’s backup goes in, blows the coverage and instead of Tua Tagovailoa being the star it’s Jake Fromm. What could’ve been.

Fitzpatrick is an absolute monstar by the way. If your NFL team needs a safety and you end up with Fitzpatrick consider yourself BLESSED.