Currently, it’s #CrootinSZN in college football. This year is a bit different because there are two national signing days. The first one was in December and around 60% of the recruits signed their national letter of intent, so the recruiting landscape has been set. The rankings may change a bit on national signing day next Wednesday, but there won’t be any huge jumps unless there is some drastic #Crootin done. Here are how the rankings currently stand: 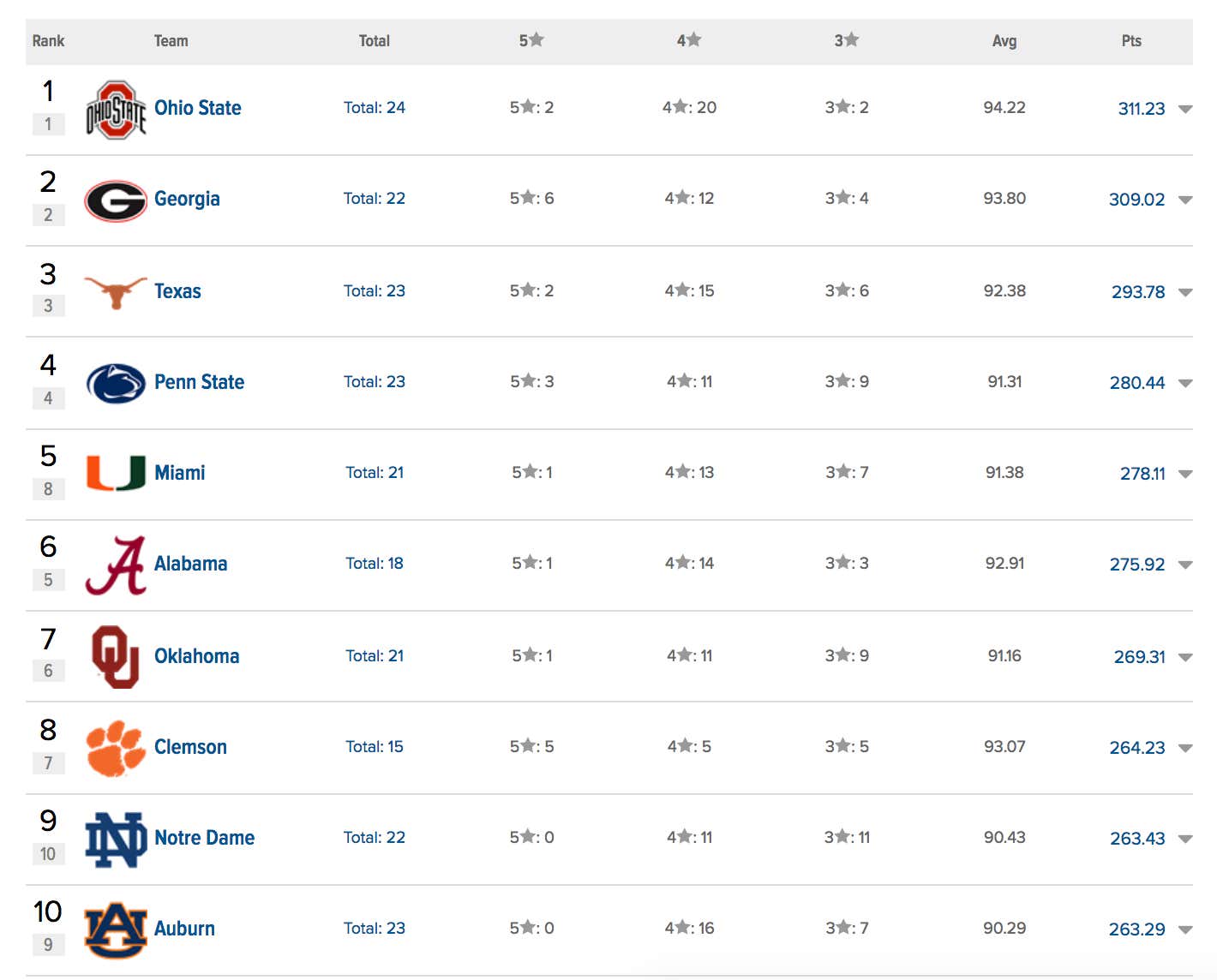 #6 for Alabama is like a loss to Tennessee for Alabama. Unacceptable. Nick Saban probably can’t sleep thinking about his teams ranking. When he looks at his breakfast, all he sees is the #6. Saban hasn’t heard a bell since Johnny Football was around, so he is pulling out the heavy artillery to get a few more 5-stars:

This was taken at 4-star DB’s Eddie Smith’s house. 247sports crystal ball puts Smith at picking Alabama around 27%. That was before he hit this Cupid Shuffle. Why 247sports hasn’t updated it? I couldn’t tell ya. If Eddie Smith doesn’t end up picking Alabama, at least he gave us this GIF of Nick Saban, which was the same reaction he gave Maria Taylor when she asked him about starting Tua Tagovailoa in the second half of the national championship game: